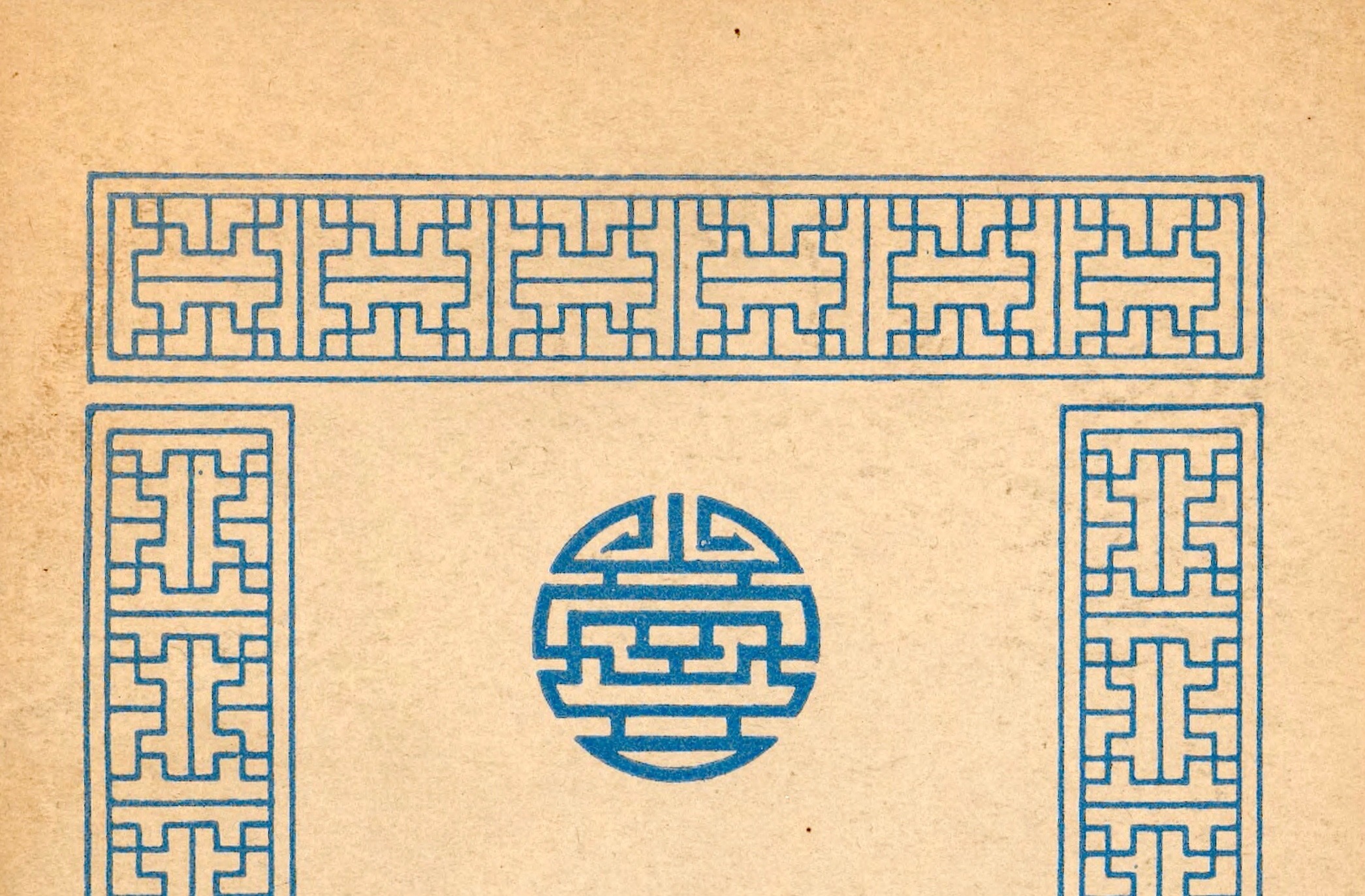 Challenges to Australia’s “Imagined Community” at the Sesquicentenary, 1938

In 1938, the year of modern Australia’s Sesquicentenary, the social construction of its evolving national identity meant uniting the populace under a singular ideology—the settler-colonial creed that privileged white “British” patriarchy. However, a pamphlet published in Sydney, the harbour city where the main celebration was held, hints at the fractures and fissures in the “imagined community” (Anderson, 1983) putatively being celebrated as the united Australian nation. The privately-circulated pamphlet titled A Century of Sino-Australian Relations (Figure 1) gives a glimpse through the keyhole of public diplomacy into the intersectionality of race, gender and class issues that existed at the time and still challenge Australia becoming a diverse and equitable social space. The content of the pamphlet also suggests some of the transnational context and networks that existed, indicating that despite the “tyranny of distance” (Blainey, 1966) between Australia, Britain and China, the harbour city of Sydney was an important space for the exchange and negotiation of information and ideas both in the new nation and beyond.

The pamphlet, produced in an unofficial capacity by the Consul-General for the Republic of China Pao Chun-Jien to mark the Sesquicentenary, primarily aims to promote trade between China and Australia, but it also firmly argues for better mutual understanding between the two countries and advocates for Chinese Australians who were discriminated against in a broader society convinced of its own racial superiority. The Republic of China was Nationalist, and anti-Imperialist, having overthrown the last imperial dynasty in 1911. Included in Pao’s pamphlet is a message from China’s First Lady, Soong Mei-Ling, better known at the time as “Madame Chiang Kai-Shek” and described as such in the Pamphlet.

The message, addressed to the “women of the world”, was written to delegates attending the International Women’s Conference, a feminist congress held in Sydney as one of the formal Sesquicentenary activities and part of a movement of transnational networking in the pursuance of global standards and norms for civil rights. An analysis of Pao’s pamphlet and Soong’s message, as well as the entangled national and transnational contexts in which they were written, throws light on the role both private and public media played in the secular ritual of nation building represented by the Sesquicentennial celebrations.

Sesquicentenary Erasures – Beneath the Surface

In 1938, Sydney was indisputably Australia’s premier city. Partly, this was a result of historical accident. Although Sydney Cove (a place known as Warrane by the local Gadigal people who lived there) was not the site originally intended, the deep, sheltered harbour was deemed most suitable by Captain Arthur Phillip of the First Fleet for the establishment of Britain’s penal and agricultural settlement. It was the logical choice as the ceremonial space for the community building involved in celebrating Australia’s national day. The celebrations were to be centred around a re-enactment of the landing of Captain Phillip and his planting of the British flag at Sydney Cove on 26 January 1788. The re-enactment was to be followed by a parade—March to Nationhood—made up of 120 motorised floats stretching 2.5 kilometres that would take an hour and a half to wind its way through the city’s streets (National Australia Day Council [NADC], n.d.).

All six state premiers visited Sydney for the occasion to join the celebrations. That there was some disgruntlement at the harbour city being chosen as the site of the national celebration is evident from the reaction of some interstate newspapers. An editorial in Brisbane’s Courier-Mail, titled “A dream that came true”, warned its readers against seeing the celebrations as “merely of local interest, reminding them that “Sydney has the pageantry, but the event it recalls and reconstructs is significant to all Australians. A nation was founded when Governor Phillip landed at Port Jackson. To that nation we all belong” (NADC, 2020). But ‘belonging’ in 1938 Australia, despite Federation occurring nearly forty years earlier, was an uneven notion, with some groups clearly granted greater claims than others to membership of the nation. Among those on the outer were the Aboriginal peoples, Chinese Australians and women.

In the face of ongoing prejudice and exclusion, Australia Day (or Anniversary Day as it was known then in New South Wales) was declared a day of mourning in 1938 by Australia’s First Peoples whose land had been taken by the colonising British. Persecuted, deprived of living within traditional cultures, and relegated to the national margins, Aboriginal people were denied even citizenship until 1967. Local Aboriginal groups declined to participate in the celebrations and in the first national gathering of Australian Aboriginal people to advocate for civil rights—one which marked the beginning of the modern Aboriginal political movement (National Museum of Australia [NMA], 2020)—around one hundred indigenous Australians gathered in Sydney on 26 January to protest against “the 150th Anniversary of the Whitemen’s seizure of our country” (Our historic day,1938). The meeting attendees unanimously passed a resolution protesting against the violent prejudice they had been facing daily since the arrival of the First Fleet and appealing for new laws to ensure equality for Aborigines, including full citizenship status and the right to vote (Our historic day, 1938).

The organisers of Sydney’s celebrations were keen to include Aboriginal people in the parade, not to celebrate indigenous cultures but to venerate the establishment of the First Settlement as symbolic focus of the commemoration while downplaying the country’s origins as a penal settlement. There was no mention or representation of convicts in the re-enactment, the pageant or any of the surrounding revelries following a decision by the executive committee of the Celebrations Council which was endorsed by the president of the Royal Australian Historical Society (NADC, n.d.). When Aboriginal people living in Sydney refused to take part, the organisers drafted men to participate from Menindee and Brewarrina in western New South Wales. They were locked up at the Redfern Police Barracks stables until the re-enactment took place to prevent them absconding and leaving for home (NADC, n.d.).

On the day itself, they were made to run up the beach away from the British — an inaccurate version of events. Film footage of the re-enactment clearly shows that the men were not willing participants.

Despite the infamous White Australia Policy, the parade organisers were just as keen to include Chinese Australians who, fortunately for the organisers, were more willing to take part to raise awareness and funds for their community. Although excluded from mainstream society by both custom and legislation, the Chinese community staged the Chinese Festival at the Sydney Showground that included a lion dance, lantern procession and an evening of fireworks. It was applauded in the local press for its exotic colour and popularity, with police estimating 40,000 people attended and another 10,000 were turned away. The Sydney Morning Herald reported that “tramway men said they had never seen anything like the pressure of people” (Fitzgerald, 2008). There was also a Chinese tableau in the Pageant of Nations held in the Sydney Town Hall from 14-19 February. The flag of the Chinese Republic and a more general goodwill message from China to the Commonwealth were presented in a ceremony in Sydney to the Premier of New South Wales to mark the anniversary.

To be continued in an upcoming post on this blog: Harbour Cities Series: Entangled History and Transnational Context: Part 2