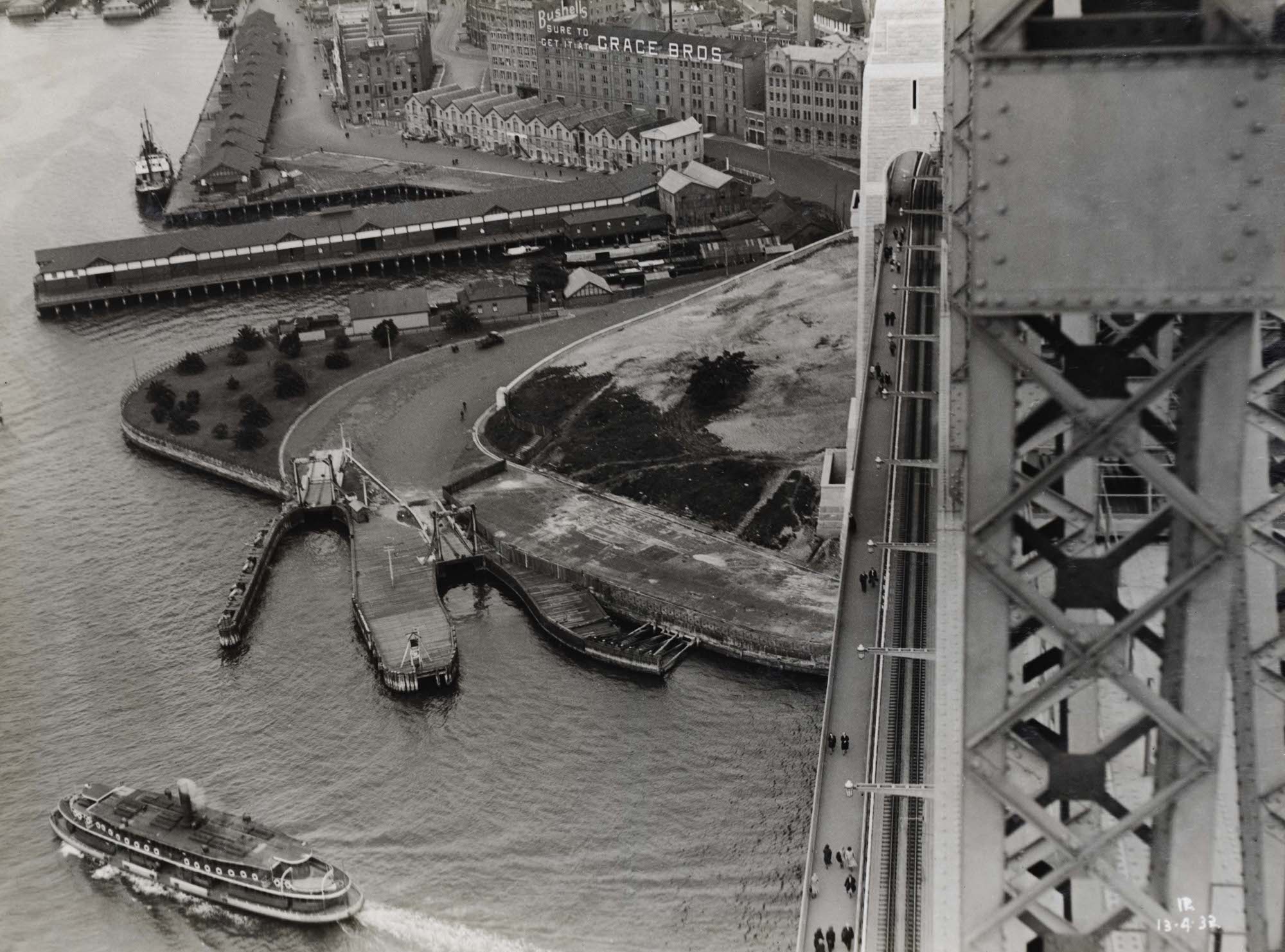 This guest posting by Dennis Basaldella on a 1957 photograph of Hamburg harbour, represents the first in series of interlinked essays on ‘harbour cities’. The essay authors are part of ‘Transnational Media Histories’, an international network project between the Centre for Media History, Macquarie University in Sydney, Australia, the Research Centre Media History, Hamburg University and Leibniz-Institute for Media Research | Hans-Bredow-Institute, Hamburg, Germany and the Centre for Information and Communication Studies, Fudan University, Shanghai, China. These essays were first presented as papers at a workshop entitled ‘Harbour Cities and Communication’ held at Fudan in September 2019.

Forthcoming essays will investigate the dynamics of place, communication and media in each of these cities. Shanghai, Sydney and Hamburg share situated histories as major maritime transport hubs and also incorporate key communication infrastructures. As Virginia Madsen, one of the instigators of the project, has suggested, the harbour is

metaphorically and actually… a focus for this mini-project, as ports indicate movement, interpenetration, communication, the mix of cultures etc. This is why these … cities connect as transnational spaces and sites of media communication as well. The idea of ‘placemaking’… can also indicate the many invisible paths, sites, voices and stories hidden in the shadows perhaps of the more visible place markers, or what we know and recognize as icons of our cities.

To understand the role of media in forming ideas of place, each of the essays explores an archival document from the twentieth century as a ‘media text’ or ‘media object’. In looking at these media artefacts, researchers ask what they tell us about the mediated representation, the cultural texture and the habitus of the city during a specific time period. Looking at these objects both individually and as part of a series therefore opens windows onto moments that represent major shifts in local understandings of place and time. As media scholars, each author uses media-historical methods to open a dialogue with the present: what do these objects tell us about how we use media to understand our place in the world now?

Themes that will be explored in future essays include communicative mobilities, underwater acoustic explorations and transnational political events. As the first essay in the series, Dennis Basaldella uses as a starting point a photograph taken from Hamburg harbour in the late 1950s, to trace the story of how the harbour works to represent the whole city. This research emerges from ground-breaking work that Basaldella has recently published on the life and work of East German filmmaker Horst Klein, who visited Hamburg in June 1957.

We hope that you enjoy these essays and inquiries into our harbour cities, and that they provoke reflections on your own harbouring cities as well.

With thanks to Rob Shields at Space and Culture; Antje Katzschner and Regina Siemß at Universität Hamburg; Virginia Madsen, Bridget Griffen-Foley, Catharine Lumby and Laura Robins at the Centre for Media History, Macquarie University; and Pan Ji, Lu Ye, Huang Dan, and Sun Wei from the Center for Information and Communication Studies, Fudan University for their guidance and support of this project. Thanks also Brigit Scholz of Filmmuseum Potsdam for assistance with copyright permissions.