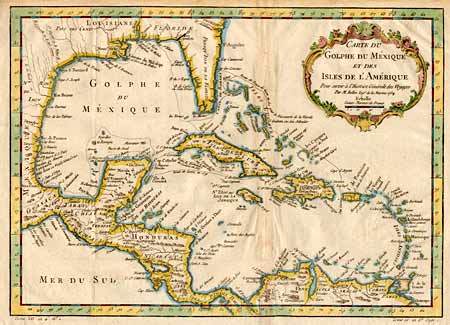 This large and significant collection is the culmination of a series of symposia, conversations and encounters at the Rutgers University Centre for Cultural Analysis in 2015-16. ‘Archipelago’ is developed as a time-space ordering that is distanced spatially yet contiguous in its logic, culture and sense of past, present and future. These conversations spiral out from a seminal essay by Stratford, Baldacchino, McMahon, Farbotko and Harwood (2011) that extends the term from geography to cultural theory. Archipelagos and islands are also presented as exemplary sites and figures via which one might observe the Anthropocene and the ethical and philosophical implications of human waste and world-making that is not only a space but a history also constitutes subjects.

Archipelagic is a term that has also developed in Spanish and a number of contributors may be indebted to that exposure. Archipelagoes are figures of connections and solidarity between peoples, places and species who have similar struggles. They include liquid spaces. Any archipelago is also an intersectional site of the liquid and solid, land and ocean watery spaces with uncertain edges changing according to the tides. Archipelagoes are not only geographic but human and thus cultural. Sovereignty, citizenship and rights are suspended. They fix a unity across randomness in distribution, size and shape of their elements that seems to me close to a dialectical image that comes together in a flash across disjunctures:

a montage construction of forgotten objects or pieces of commodity culture that are ‘blasted’ out of history’s continuum […] dialectical images challenge the myths of historical progress not because they exist ontologically, but because we perform that challenge in the disjunctive ‘Jetztzeit’ or now-time of our reading.

As a reconciliation of fragments, archipelagos are relevant to conflict resolution and processes of recognition, contrition, compensation and restoration of past cultural genocides, as in the settler-colonial cases of Commonwealth countries. The archipelago in this text is used as a lens to engage interdisciplinary conversations about the resignification of time and space that occur in contemporary moment of upheaval and reterritorialization. They are not immanent or natural but only exist in interpretation: they are elements of an imaginary, a system of relations, but they also offer a method of inquiry, assemblage and multidimensional logics thus building on ANT and Deleuzian theories. As Walcott suggests, archipelagos “require a loving reassembly that signifies beyond the dehumanizaing centripetal forces of globalization.” (1992)

Walcott and Glissant are key references. They conceive of métissage as a way of questioning the limitation of any sense of structure to grasp dynamic complexity in the Caribbean where island societies have been formed out the juxtaposition of diasporic and translocal populations imported as settlers, indentured labourers and traders. This requires constant creative translation across languages and cultures between which differences cannot be rendered comprehensible and translation becomes that art of approaching differences that does not negate the irreducible alterity of the other (Martinez-San Miguel and Stephens 2020:4 citing Glissant 1997:28-29).

“the archipelagic focuses on the types of relations that emerge, island to island, when island groups are seen not so much as sites of exploration, identity. an…. and economic and cultural circulation but also, and rather, as models.”

These archipelagos are where islands repeat but where each island is a rearticulation of the others. Glissant proposes the archipelagic and an alternative epistemology or way of thinking (1997:31) that can accommodate ruptures, ambiguity and detours rather than aiming for unity. Rather than a structure of elements or a master narrative, Glissant proposes a system built on differences that interact: irreducible differences are the norm. Using the Caribbean as an example, archipelagos establish links of solidarity between diverse, different islands and societies.

This collection is dominated by Caribbean insights but expands this globally to include Pacific Island cases and the inspiration of contemporary filmic and narrative attempts to makes sense of diversality and negotiation of difference, including Sense8, the Wachowsky Brothers Netflix series (2017) But the archipelagic is not a geopolitics. It is proposed as a global formation: “the global that is forced to do more, geographically, geohistorically and geopolitically, to differentiate islands from each other which theorizing their connectivities and commonalities.” (2020:7) The book assesses where archipelagic thinking as an epistemology has arrived at. It expands from geography to topology, expanding the vocabulary. The language of island and archipelago includes “tidalectics”(Brathwaite 2011), creole and creolismo, créolité, métissage, and French Caribbean Antilles self-definition of antillanité that “insists on the lack of a single origin and the discontinuous territory is seen as central to comprehending the collective formations in the Caribbean” (2020:10).

This is a welcome development of the archipelagic. An archipelago worth recalling is Solzenhitsyn’s Gulag Archipelago which had as its definitive quality its spatial interpenetration of everyday life. W hile it is a literary device on the one hand, the Gulag system had the effect of cutting up Soviet society into an extended archipelago. Such terms are not metaphors but signal counter-spatialisations that include practices and imaginaries that unsettle and recast dominant spatial and temporal logics, entire topologies of globalazation.