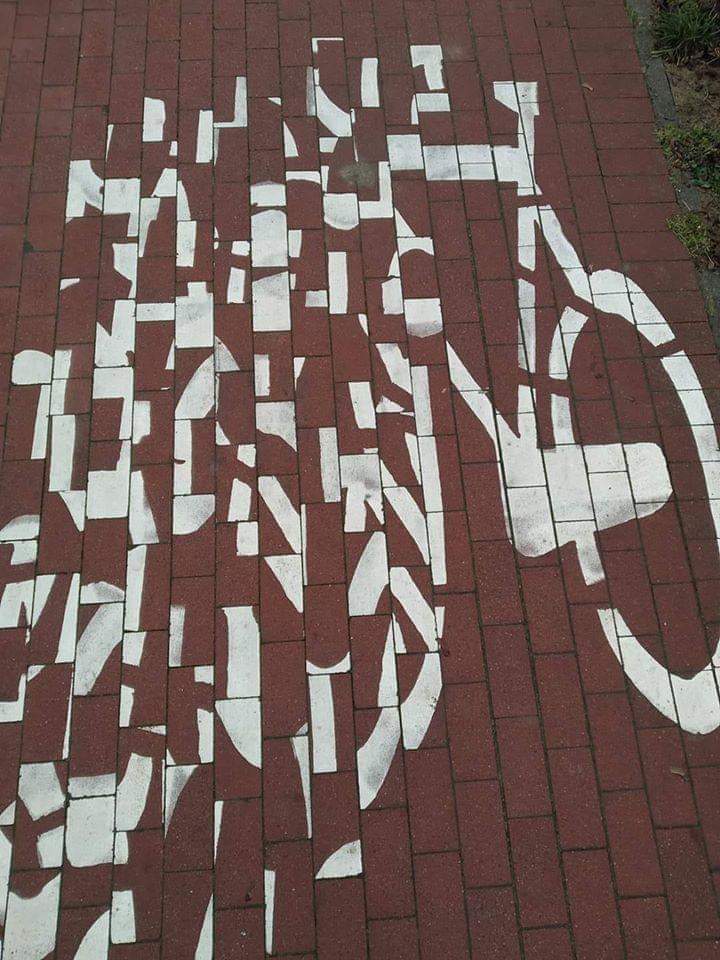 Vince Miller’s The Crisis of Presence in Contemporary Culture (Sage 2016) tackles ethics, privace and speech in mediated public life. Social media and fora attenuate face to face interactions and moments. But as life and expression has become more and more digitized and lived online or mediated through technologies (communication, archiving, profiling, surveillance and control) the centre of gravity of everyday life threatens to shift away from face-to-face and even present-moment interactions. For theorists such as Steigler (2008), in the place of immediate presence, technologies and technological artefacts shift, mediate and ultimately transform the temporality of interaction by recording and preserving temporal moments. Attention is not only interpolated by these technologies but becomes dependent on and embedded in them. At the centre of this critique is an anthropocentric model of human faculties that is at the core of European traditions of understanding the subject as an abstract Cartesian cogito and a metaphysical, individual consciousness separate from an objective world. Among other examples, Miller surveys Derrida’s (1972) critique of the privilege granted to speech as authentically ‘present’ and Levinas’ (1969) argument that our sense of ourselves is relational, embedded in encounter and exchange with the Other.

The crisis of presence is not just the critique of this metaphysics of presence. It is a nostalgic and humanistic critique in which the only authentic interactions are those in which humans are present. A centre-less sense of human identity is anathema to the ‘Western’ subject just as the suspended self of Buddhist meditation is exotically foreign. A being focused on an idealized sense of centred self acts against the world to realize themselves. The Eurocentric model of the sovereign subject sets up a rupture that has been historically mitigated through imperialistic acts upon the world and Others. Self-actualization, become present to oneself, is achieved by imposing oneself. Self-identity is wrought upon the world, a process to which technology is central. But this narrative and tradition is constructed around the fiction of a sovereign subject. Crisis occurs when it is clear that this nostalgia for a world that perhaps was only real to the extent that it was believed and enacted. There was never anything natural or necessary about such a paradigm of humanity.

For Miller the crisis of presence also concerns a misunderstanding of our own contemporary being in terms of our awareness of distributed presence in digital networks and servers. The exteriorisation and diffusion of faculties into a distributed, digital sensorium displaces the locus of the human from the embodied person to a monad, or networked profile of capacities and exchanges over time, from the legacy of the past projecting into the future. Writing in 2015, Miller diagnoses a series of problems in contemporary online communications – privacy, free speech and online anti-social behaviour – as revealing a disjuncture between how we understand our presence in time, place and with each other, and the actual experience of existence in the world which involves, depends on and often revolves around digital technologies. This situation has intensified manyfold with reliance on technologies such as zoom during CoVid-19. Misunderstanding our presence in the world and the way it is attenuated in time through the traces we leave in surveillant social medias, and not being aware of others as similar humans, leads to destructive ethical and pathological behaviours. Following Giddens (1991):

Social activity becomes increasingly disconnected or disembedded from the context of material presence (or the face-to-face). In this sense, absence and presence become connected in modernity because of the increasing scale and interconnectedness of social interaction disconnects one’s social presence from one’s physical presence (Miller 2016:44).

Amongst other examples, Miller considers how increased awareness of global tragedies such as war and famine, analysts diagnosed a ‘compassion fatigue’ when it comes to the suffering of distant others (Moeller 1999; Boltanski 1999) leads to a blasé attitude toward the plight of others.

Miller deals with digital technology but not photography other than the emerging use of images and video, including photoshopped, faked and doctored materials, in social media (Miller 2016:267). Digital communications intends to heighten the illusion that their mediated experiences are unmediated presence. That is, they afford a realism marked by intimacy and immediacy despite distance or physical separation. They can be imagined to immersively transcend the purely visual or auditory to simulate touch and other senses of the proximity of others (Lombard and Ditton 1997). The relation between proximity, touch and presence belies the actual, non-ideal, character of presence. Presence is not only present but actual, material.

The online experience opens up the world as information from which we are disengaged bodily but at the same time this is also a spectacle. The distinction between presence and absences becomes nonlinear and complex. Miller follows Garza for whom this is a visual spectacle in which other people are reduced to visual images for my gaze (Garza 2002:195). Online communications’ lack of an immediate speaker directly at hand, re-entangles written text and oral style that Derrida had carefully distinguished in an ‘appresent presence’ (Sandbothe 1999; Miller 2016: 85). While there is no immediate speaker whose presence establishes the authentic meaning of the communication, online comments can sting like face-to-face insults. All the while, other users’ lack of material presence or lack of presentation as human, reduces them to aestheticised surfaces and objects for us rather than subjects to be respected as such (Bauman 1993).

Social media in particular has operated more and more on emotive, affective registers to interpolate users not only visually but intellectually — correcting others or asserting opinion, irony or observation. In addition, social media operates in terms of passion, this is key to motivating participation. Our anger, frustrations, peeves or the affective boost of a humorous meme drive much of the posting and sharing that takes place online. The self-experience of these affects replaces other forms of being present to ourselves and the centred sense of ourselves as transacting with a world, but where ‘we’, our ‘self’ is always centre stage. The crisis of presence is disavowed in the current structures of online media.

The internet disaggregates aspects of our identity that are increasingly important features of how we are known. In simplistic terms, elements such as choices and affiliations tracked by cookies are used to categorize and stratify people according to their attributes (such as financial capacity), passions (preferences) and desires (fantasies). These are sold on by data aggregators as commercial property to marketers offering goods and services, preferential access or even just awareness of possibilities and consumption opportunities. Ramified, this feedback loop modifies future behaviour, driving the differently categories of user to become further differentiated, expressing the common elements of the category, classification or class to which they are assigned. Where is the presence of the human and the centred subject in this mediated loop that passes through online information, consumption of goods, and social practices that those goods and services support? Further amplified by the suppression of face-to-face and public activity during CoVid-19, decentred internet subjects attempt to relocate themselves in further cycles of this loop.

Perhaps the Buddhist response is not to counteract but negate the process: to slow this circle to a stop. This might reestablish a silence and stillness in which the crisis of presence can be at least acknowledged and heard.

What is it to speak of ‘presence’ today? Space and presence

For Euro-American cultures, the concept is anchored in Judeo-Christian notions of divine presence, including visions and miracles that are its traces and in the inheritance of Aristotelian Physics in which conceptions of time which are anchored around the experience of the present, the now, as presence. Thus ‘things’ are firmly present and, as Heidegger’s (1962: §6, 26) critique of this ontotheology makes plain, this hypostatizes our knowledge of the present of ready-to-hand materials as natural while relying on the becoming of objects and on our understandings of ongoing existence and the continuing being of objects in which we project a future to things and to the present as ongoing from moment to moment. Deconstructionists such as Derrida (1972) have demonstrated the reliance of the concept of presence on a contrast with absence, which paradoxically can only be imagined as a presence of absence. I have argued that this ‘present-absence’ extends to spatial understandings of foreign places and far-off objects to underpin a global spatialization of distance and difference (Shields 1992).

Access to present phenomena unmediated by reason or language has led to a return to materiality. Materiality covers not only the present, but current traces of the past (Domanska 2006; Gumbrecht 2004:47-49). While this response to the crisis of presence abandons debates on meaning and the role of language in constructing abstract concepts of things in the past, present and future, material phenomena offer a cross-cultural reference point. If the present is a category of space through which time passes, places must be ‘storehouses of presence’ (Runia 2006:13) both as the unmediated presentness of things and of durable traces of the past.

The crisis of presence is also a crisis of the human scale.

We face the paradox of dealing with nanoscopic and quantum phenomena that are not only too small for the eye to see but actually smaller than the wavelengths of visible light. Technologies such as DVDs rely on quantum phenomena, materials such as graphic and carbon fibre are produced from nanoparticles (Shields []). In addition, major threats to humanity, such as viruses, are microscopic. At the same time at a grander scale, as an organic whole, climatic heating is present only as a succession of weather events which must be imagined as the effects of a systemic but uneven environmental 1°C increase in the global temperature. Political debates about climate change centre on the question of how weather as particular relates to climate as a whole.

The scalar crisis of presence itself raises a critique of the reliance on real-time unmediated encounter and experience as a solution to a crisis of historical presence in which the past is an absence so heavily mediated by language that it ceases to be accessible. There is a risk that presence is equated with human scale perception and an easy, positivist access to the factuality of the world. Not only materially real things actually exist in the present but relations, groups and qualities exist in the present as real but ideal. These virtualities include various sets of material things such as a community or family and intangibles such as the goodwill of a company, trust, and the brands of real goods. None of these virtualities are knowable as objects but only as effects. They may be proximate in the sense that we might be ‘in a family’ and virtualities such as trust may be experienced. Totalities such as the global climate may be simulated virtually but are too large to be perceived as such. An inadequate ontology capable of dealing with virtualities and with materialities that are too small or too large to be perceived or encountered as objects has exacerbated the crisis of presence. The two alternatives offered by recent scholarship are either an approach that favours a positivist reduction of the world to what is directly perceptible or a hermeneutics of suspicion that questions the possibility of presence outside of the mediation of language. In turn this has allowed a politics of denial to flourish.

The crisis of online presence is mirrored by the difficulty in making phenomena that are too large or too small to be directly perceived. This difficult places totalities such as climate and objects such as nanoparticles in a permanent state of crisis. The solution proposed for historical events and objects is to focus on experience and encounter. But this humanistic positivism does little to address the other overarching aspects of the crisis of presence. For this a sense of the intangible presence of the virtual is necessary, which would require a expansion of our understanding of the empirically real to embrace intangibles and invisibles.

Giddens, A. (1991) Modernity and Self-Identity: Self and Society in the Late Modern Age. Cambridge: Polity.