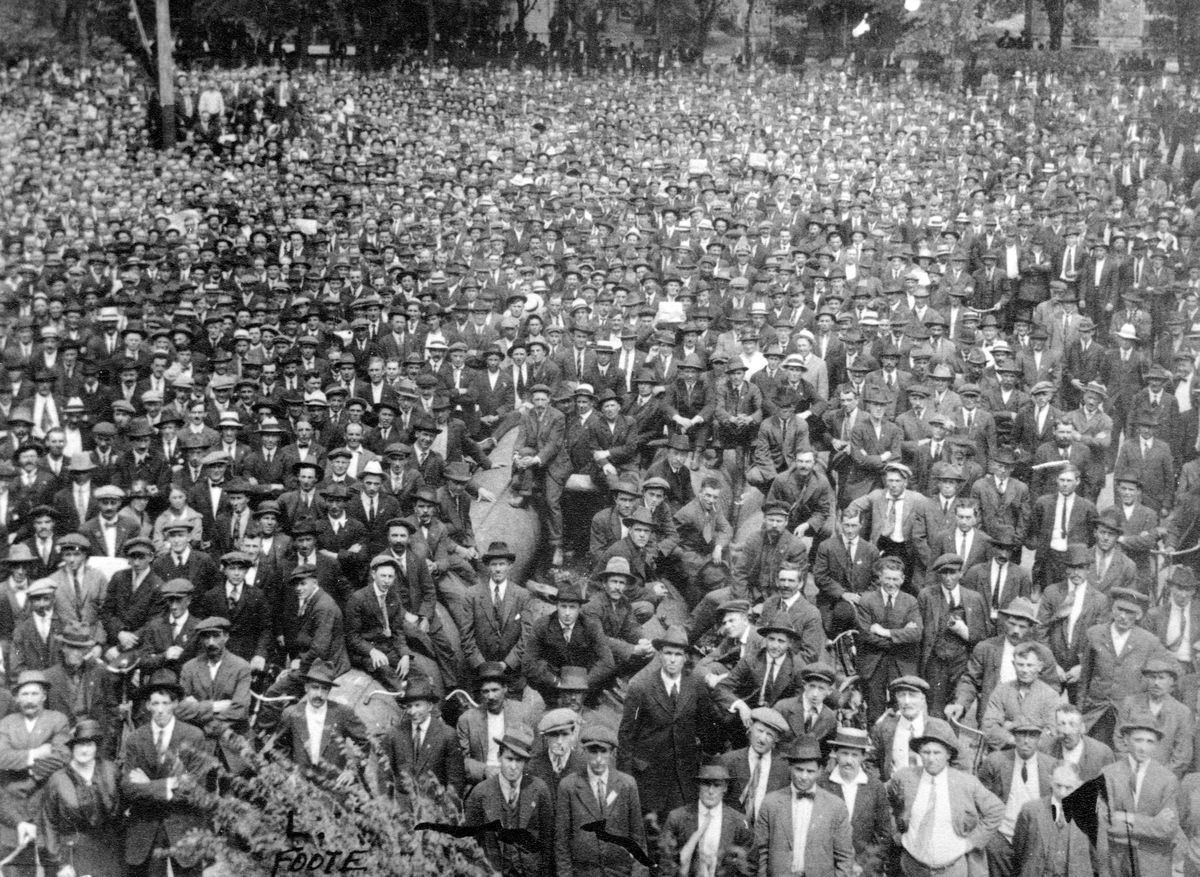 2019 is the 100th anniversary of the Winnipeg General Strike, an influential labour strike for the right to establish unions and bargain collectively. During the 6 weeks of the strike over 20% of the workers in the city joined the strike. Egged on by the employers, the strike was put down by police and military action against civilians.

The Spatialisation of Conflict

Why is the Winnipeg General Strike of interest? Recent studies show that strikes at single companies are declining in favour of increasing citizen participation in general strikes. These relocate the space of labour conflict from factory floor and the firm to the city. This is a shift toward urban struggles generally that link work-related problems to issues that are of wide relevant tot he entire population. Cities also provide not only resources for creative organization and allies in urban social movements but a key geopolitical scale and the municipal order of government that shares an interest in the welfare of local populations.

This interest unites union members citizens in general and precarious labourers. For all these reasons, what Lefebvre called “the Right to the City” is more than ever a fundamental stake in union and worker organizing. Government archival materials on the Winnipeg General Strike have become available, but it remains an overlooked case as significant as the May ’68 student occupations in Paris.

On one hand, social and labour movements are more self-aware and often include a greater degree of awareness of the ways that opressions are linked together. However on the other hand, Miriam Greenberg and Penny Lewis point out in their 2017 Cornell Univeristy Press anthology The City is the Factory point out that 20th century struggles showed that general strikes often failed or were suppressed. This strategy involved people with a wide range of interests and were not internally cohesive. Recent examples include the Athens general strikes of 2017 and 2018. This knowledge — knowledge of a whole cultural topology of conflicts, counterpower and movements over a long period of time – limits contemporary activists.