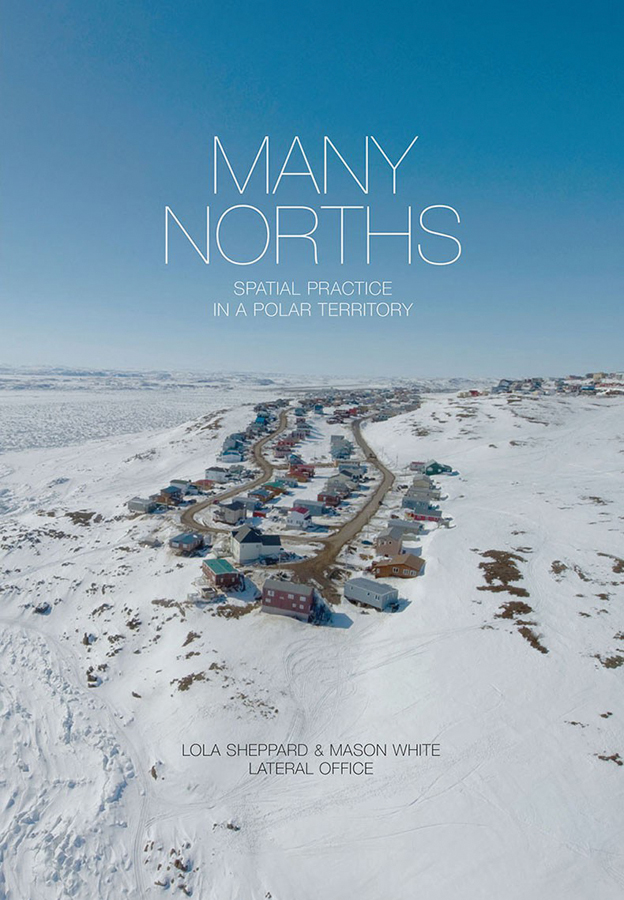 At 6:45 pm on Wednesday, October, 31st, 2018, the residents of Churchill, a town on the western edge of Hudson’s Bay, in the Canadian province of Manitoba, heard an unfamiliar sound—the drawn outcry of a locomotive. The arrival of the locomotive and caboose marked the first rail traffic to enter the town since May 2017. During that spring, severe flooding washed away southern parts of the line that connect Churchill to the rest of the province, as well as the national rail network that provides the town’s supply of marginally affordable essentials, from canned goods to building equipment. Without freight line access, Churchill had become reliant on a summer shipping window and costly air cargo. The tourists that would routinely roll into town to photograph polar bears from the safe remove of observation buses were now absent. For the roughly one thousand residents of the town, life had begun to feel untenable in its unaffordability. Hundreds merely packed up and left. While a public-private partnership resolved the contested ownership of the line, the situation in many respects also had the effect of shifting Churchill’s infrastructural condition to a more northerly latitude. For those seventeen months, Churchill experienced the day to day realities of places such as Iqaluit, Rankin Inlet, or Igloolik—places where Nunavummiut contend with the economics of distance from southern governed logistics and supplies.

The situation in Churchill echoes the infrastructural and postcolonial politics implied in the very title of Lola Sheppard and Mason White’s Many Norths: Spatial Practices in a Polar Territory—there are, indeed, many norths, and for Qablunaat ‘the north’ itself is an orientation that largely involves the bridging of all manner of distances—whether infrastructural, ethical, cultural, or political. Sheppard and White’s volume, organized around five thematic sections, Urbanism, Architecture, Mobility, Monitoring, and Resources, is an effort, as they describe, at situating the Arctic as an open-ended process that is the outcome of contested spatial practices. Their overarching goal is to visualize patterns and techniques, from the architectural to ecological scale, that have gone into shaping Canada’s northern territories, as well as Nunavik (in northern Quebec) and Nunatsiavut (in northern Labrador)—lands that have been guided by Inuit social practices that cast a long shadow over the arrival of colonial claims to their environment.

Many Norths is, in many respects, a difficult book to define. It is equal parts design compendium, mapping practice, documentary repository, and more, with all of these facets held together by the authors’ careful attention to the book’s own spatial and readerly architecture. If a single, defining dimension emerges from its collection of textual and visual material it revolves around an effort to ‘visualize,’ to deploy the term’s most capacious spatial, temporal, and political purview, the spatial practices that have defined, and may continue to define, forms of settlement across the Canadian Arctic.  “By ‘spatial practice,’” Sheppard and White write, “we mean the negotiation of environment for survival or opportunity via tactical, spatially based interventions, at any scale regardless of economy.” (9) They see it as a practice that can operate at the scale of the hamlet in Nunavut, made manifest through the tools and techniques, from ski-doos to sub-sea ice mussel gathering, that Nunavummiut mobilize to be a part of their land, or at the scale of the territory, with ice roads built and maintained by the mining industry serving as exemplars of capitalism’s capacity to sustain infrastructure where it is otherwise scarce and costly.

Sheppard and White comprehensively track across the entirety of the Canadian Arctic, and signal how it is a region defined by forms of mobility that are set apart from “the east-west infrastructural continuum that is vital to the cost-effective movement of people, goods, and resources, and the provision of services within southern Canada.” (11) One of their tasks is to take readers into the practices that emerge, by dint of necessity, historical dispossession, and southern neglect, at the infrastructural margins of the Canadian nation-state. While they frame their project in a more documentary vein, giving voice, largely through transcribed interviews, to northerners who work in the oil and gas industry, as well as architects, local hunters, and others, a notable undercurrent that runs throughout the volume is their marking of the absencing of Indigenous northerners as independent agents capable of their own “spatial practices.” They note how a “northern vernacular has failed to materialize, one that simultaneously responds to the unique climatic, logistic, and socio-cultural realities of the North and the diverse peoples who live there.” (33) While they don’t hold up the consolidation of a northern vernacular as a marker of Indigenous ownership of infrastructural capacity and independence, they do see it as a case of failed recognition of the specificities that define Indigenous communities that have thrived in situ for generations that exceed the state- and corporate-led development projects of the twentieth century. They very subtly hold up the declaration on Inuvik’s dedication plaque as an instance of this tension between southern infrastructure and northern realities: “This was the first community north of the Arctic Circle built to provide the normal facilities of a Canadian town.” (33)

While infrastructure and territory-scale design have emerged as touchstones in architectural scholarship over roughly the last decade (see Allen and McQaude, 2011; Belanger, 2017; Easterling, 2014), Sheppard and White distinguish themselves from many of these approaches by attending to the complex interminglings that define the situatedness of each northern locale they work across. They tie together, equally across their visual treatments of particular spatial dynamics at play in a community such as Inuvik, and the five chapter-length texts that accompany each section, how seasonality, mobility, and Indigenous conceptions of placemaking take precedence over the capital-intensive and largely southern modes of extraction that have come to define Qablunaat imaginaries of these (often somewhat conveniently pluralized) “many norths” of economic opportunity. “Two temporalities of mobility operate in the Canadian North,” Sheppard and White write, “regional trails, the collective memory of which extend back for generations, and engineered systems that chart new routes to facilitate expedient, large-scale movement of people and goods.” (210)

What careful readers of Many Norths might come away with is a sort of infrastructural attunement that can reach across the divide that both sets Qablunaat apart from and inevitably, logistically, links them together with Indigenous residents of Canada’s northern territories. Sheppard and White document the spatial practices that emerge when the material, cultural, and political hubris contained in southern steel, pipes, and cement all fail and get bent into different shapes through coming into contact with permafrost or the expectations of community food sharing. “In most parts of the world, technology manages to trump distance, geography, climate, and even the seasons. Most people are unaccustomed to infrastructure that is only intermittently available, or that operates in concert with the environment.” (220) While Many Norths does not fully engage with the horizons presented by decolonial thought and practices, it does offer its own understanding of a relational process that works through how southern materials, infrastructures, logistics, and expectations have all both come to be present in but not fully defining of particular northern Indigenous communities. It echoes historical geographer Emilie Cameron’s call for a redrawing of the epistemic accountability and ethical circle that southern Canadians, in particular, can begin to inhabit—a Qablunaaq worldview that is increasingly, and worryingly, encroaching on the Arctic refuges that persist in the face of climate change and the resource expansion of the oil and gas industry.[i]And yet, as Cameron also notes, this worldview is an open relation that can be subject to the site-specific attunements offered by Many Norths:

It seems to me, then, that the question being asked of mineral development in Nunavut today is not so much whether it should be wholeheartedly celebrated because Inuit are running the corporations and institutions that endorse it, or rejected because it represents the intensification of capitalist relations in the North, but rather whether the relations that Inuit might forge with copper or other metals through the development of mines will, indeed, support and sustain life, and if so, what kind of life, for whom, and on whose terms? (Cameron, 110)

For Qablunaat, for me, it is the copper that remains and that gets taken up into the devices of our collective digital lives. For Nunavummiut, for Gwich’in, for Dene, amongst all the others, it is the day to day business of living on their lands that persists.  “Resource extraction has been seen as key to Canada’s North,” Sheppard and White write, “for its capacity to generate primary and secondary economies, but more importantly because it offers a catalyst for political devolution and autonomy.” (393) Indigenous lands are indeed infrastructural, whether in the ‘markless’ spatial practices of their generational hunting (399) or in the subsurface rights and capital that accrues to territorial governments by enabling mining operations. Many North documents how this processual relation unfolds, binding together all scales, and lifeworlds, of the Canadian Arctic—wage labour and permanent settlement, hunting practices and food sharing; a myriad of lives to be lived.

To close, it is worth noting that the train that pulled into Churchill on that final day of October was made up of just a locomotive and a caboose. This is a train that marks the bare infrastructure that inheres when the environmental constraints of northern environments meet the exigencies of the international logistics industry (higher weight capacity freight trains will begin to operate in spring, 2019, when the newly opened section of track sits on more firmly shored up ground). As Many Northsteaches us, southern infrastructures emerge into seasonal northern locales and relations, and that is where the stakes of living on the land become apparent.

[i]In response to the US Department of Interior’s Notice of Intent to expedite the leasing, exploration, and development of oil and gas deposits within the Alaskan Arctic National Wildlife Refuge, a June 2018 grassroots campaign, “Scholars for Defending the Arctic Refuge,” has mobilized hundreds of signatories, including prominent activists of the Gwich’in Nation from Alaska and Canada, to resist the Bureau of Land Management’s proposed opening of the Refuge to energy extraction. Over the next few years, the Refuge will figure as a symbolic and material site that will articulate where and under what conditions ecological zones can be set apart from extractivist practices.