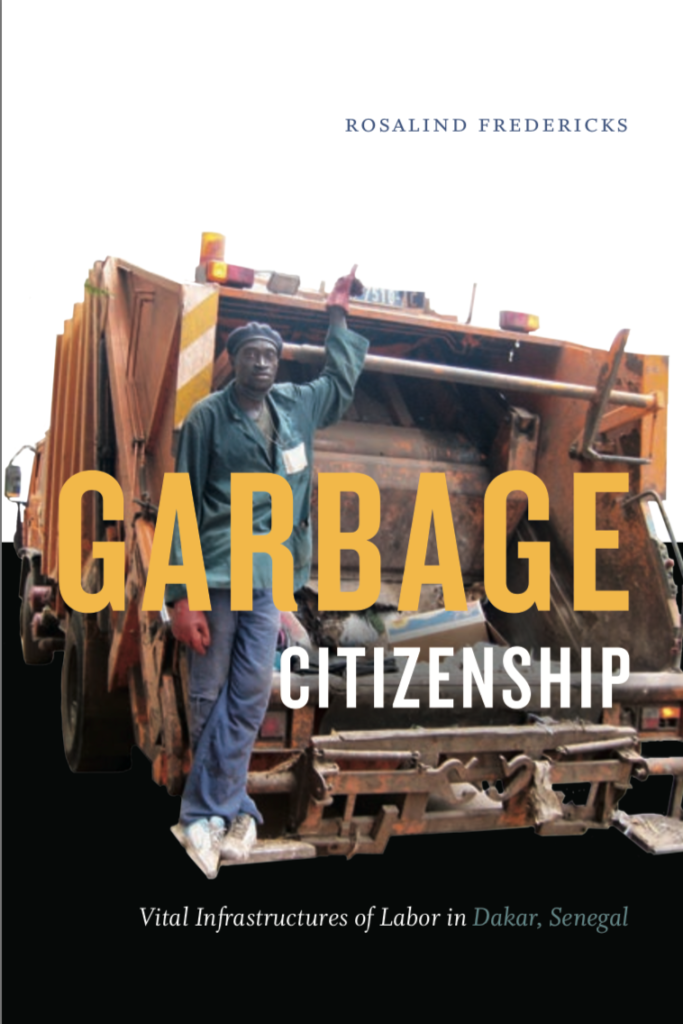 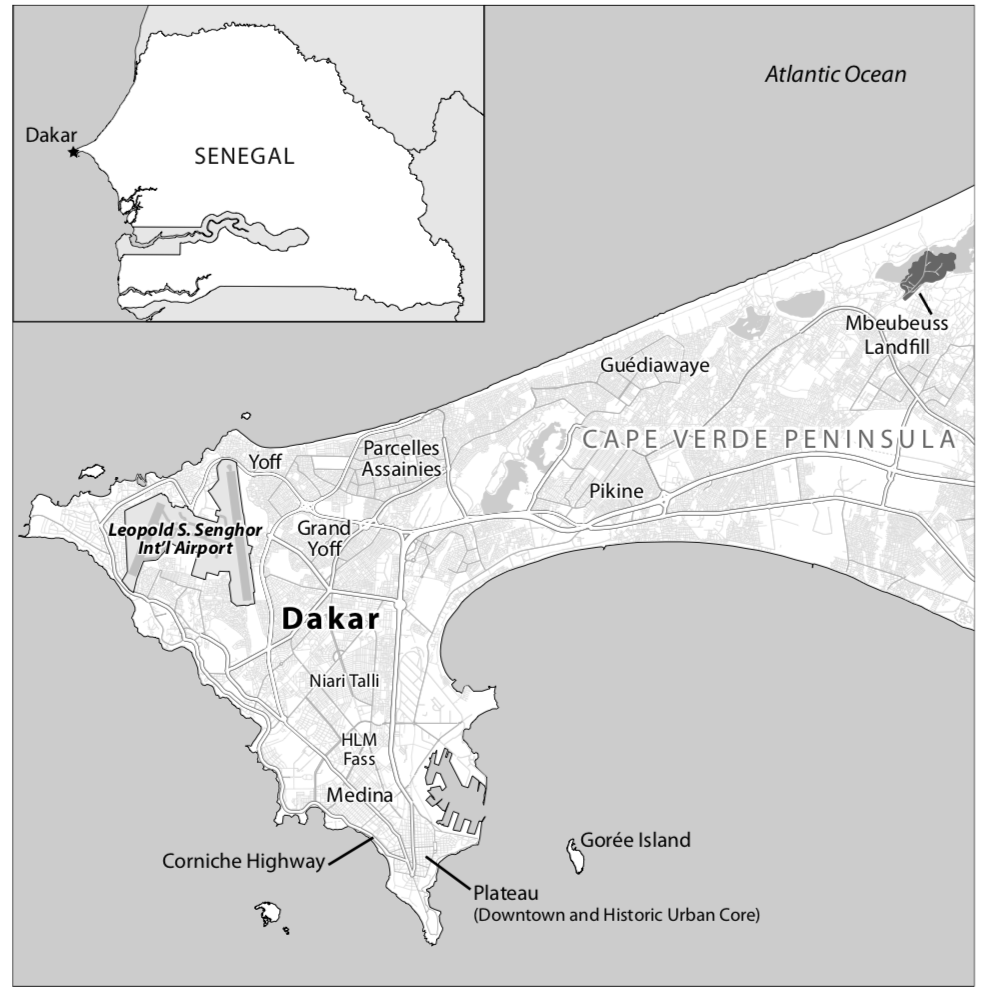 Reading the work of Rosalind Fredericks, with its engagement in waste as part of material infrastructures, I am happy to raise the sights and let my eyes dwell on something else than the tonnes of discards and refuses that currently inhabit terrestrial (and extraterrestrial) spaces. Fredericks invites the reader to follow waste, not as the main object of study, but as one part of the material relationships that comprise urban infrastructures. More specifically, Fredericks builds her line of argumentation around urban citizenship in the neoliberal era, using Dakar’s household waste infrastructures as a lens for understanding the materialization of the former. Trash work, Fredericks shows us, constitutes one way of manifesting citizenship, at the same time as strikes among trash workers clearly express disenchantment with the state. Here, focus on materiality provides a fruitful point of departure as it emphasizes the inherent materiality of trash as well as its ability to bite back, something that Fredericks demonstrates, is most evident during strikes. Fredericks also stresses the importance of taking seriously the different, and often contradictory realizations of neoliberalism in African cities. Put differently, rather than imagining neoliberal globalization as a bulldozer to which people assume the position as silent bystanders, Fredericks highlights the ways in which neoliberal reforms are played out and appropriated in relation to Dakar’s household waste infrastructures. Here, an initial, and more explicit outline of what is seen as the building blocks of neoliberalism would have facilitated my attempts to decipher its different materializations in relation to the subsequent chapters.

Fredericks’ work is part of the growing field of ethnographies of infrastructure, and as such, it allows for scrutiny of the relationship between, and mutual constitution of macro, and micro levels, in this case, neoliberalism, waste management, citizenship and embodiment. It is a rather delicate task to elucidate different levels of enactments, as well as their interrelatedness (bearing in mind, also questions regarding scalability in relation to ethnographic fieldwork). Fredericks, however, manages this very well. The first chapter sketches a historical outline of the institutional reorganizations in Dakar’s trash sector, focusing particularly on the implications of different infrastructural arrangements. Chapter two engages in the formalization of the social movement Set/Setal, and chapter three looks at the ENDA pilot community-based trash collection project in one of Dakar’s districts. Chapter four, ultimately, centers around the evolvement of trash workers’ union movements. It is the two later chapters that I enjoy the most. Here, Fredericks provides detailed accounts of the activities of the trash workers and their grappling with everyday negotiations. Straddling the fields of gender studies and discard studies, I am particularly enthused by chapter three as it evokes questions regarding the intimate link between gender and waste. Emphasizing women’s position as trash workers, Fredericks convincingly demonstrates how work is degraded through discourses of participation and voluntarism as well as assumptions of women as natural waste managers.