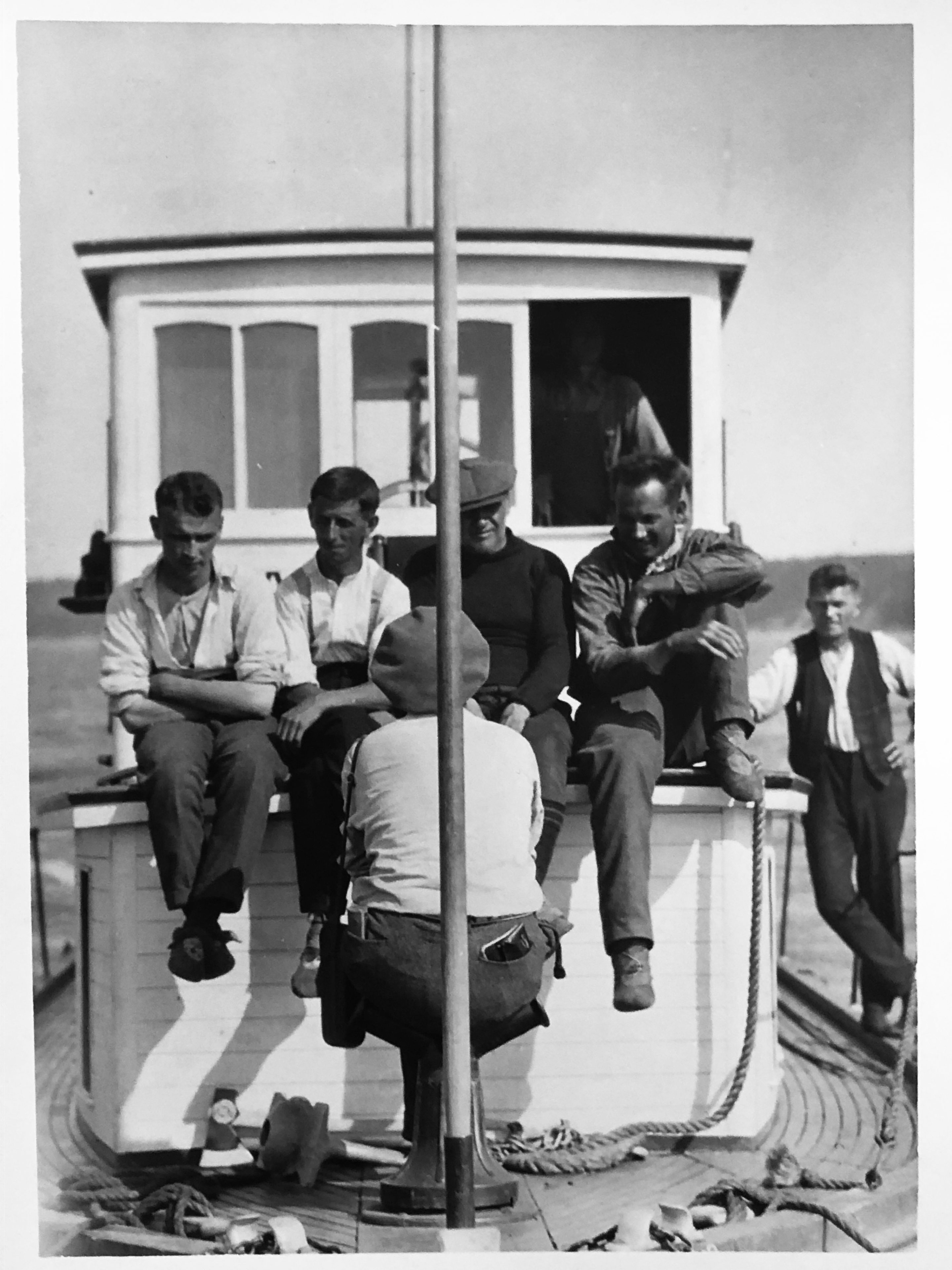 La Transaction sociale synthesizes and presents of Jean Remy’s (1928-2019) transactional sociology. Maurice Blanc, Josian Stoessel-Rize, Jean Foucart and Luc Van Campenhoudt contribute chapters that expand upon a core by the Belgian Sociologist and Economist Jean Remy (1929-2019). The respected and accomplished contributors extend and position a series of chapters written by Jean Remy by considering education, religion, sexual relations, pragmatism and emancipation. Remy is also the author of L’Espace, un objet central de la sociologie (2015, also chez Editions Erès) which takes up Lefebvre’s tripartite model of the spatial as thought or represented in concepts, lived as a social imaginary or framework, and practiced as an everyday mode.

Remy had a significant influence as the trainer of a generation of urban sociologists in Europe, particularly France. To my knowledge, he is unknown and untranslated in English. What follows is only the most basic sketch of Remy’s approach. From the point of view of current interest in James and Dewey’s, a more thorough discussion of this European reception of pragmatism is warranted.

Remy’s approach is significant in that it considers everyday interactions that involve compromises between values. Social transaction is an ethical strategy for cooperating even in situations where interests diverge or one does not agree with or like one’s partner in a transaction. Int his approach conflict and cooperation are thought together as a continuum which is constitutive of the social. A crucial distinction is made between negotiation and transaction. Rather than negotiations of interest, transactions are interactions in which actors find ways to work together provisionally despite conflicts, which are deliberately suppressed to achieve other aims. There seems to be an echo of Tarde’s mimesis when Remy comments that values are not negotiated but acquired or spread by contagion. Social transactions are thus at the heart of cooperation and practice. They create localities, where “The local is a mode of organization of collective life based on a specific, qualitative and quantifiable space that induces a change in rationality, value, that is, in ethic.” (Coornaert 1985). This distinguishes cities from simply being communities within a broader nation. They also apply to performative executions of scripts which must adapt to context and to changing availability of resources. This approach is processual and considers the gradual actualization of norms and institutions in a situated form rather than than as the realization of an abstract model of structures such as class or manners.

As an approach to everyday life, social transaction addresses situations that are semi-structured and in-process. It is “a mode of comportment throughout everyday life through which a sense of the social game is created via reciprocal action” (Remy 1998:20 my translation). It attends to the emergent and evolving. The accent is placed on the complexity of situations, the construction of micro-compromises, uncertainty and provisionality rather than codes and structures. In this approach, everyday life is a collective achievement built out of multiple sequences of transactions. It deals with the momentary and temporary tone of life as it is lived. The implicit adjustment between partners rather than explicit negotiations leads to the progressive production of norms out of the ethos of the situation, that is out of their interaction in a given context. This reveals the tension between the calculation of self-interest and affirmation of meaning and the importance of intangibles such as trust and confidence for social interaction. Remy argues that this process generates practical working forms that would not have been discovered by either partner on their own. For example, cooperation is not free of conflicts. This is highly relevant to research on innovation, for example, which Remy refers to as “constrained innovation”. A transactional approach could flesh out the practical contents of theories such as performativity. It is of directly relevance to managing, governance and the accomplishment of partnerships.

Dewey and James developed the term transaction to first describe the process of situated knowledge and learning that involved two subjects who were mutually engaged. This was later developed as an anthropological framework by Fredrik Barth (1959). Goffman is an important methodological source as is Simmel who provides a theoretical base in his conception of sociality as an acquired skill. Van Campenhoudt notes that a conception of the actor as an engaged agent, open to the Other, is a central presupposition which exceeds the specifically sociological for Remy. The treatment of the social situation within which social transactions take place owes much to pragmatism as Remy’s approach positions actors immersed within the social and implicated in its ongoing development. Blanc and Stoessel-Ritze see in this an emancipating dynamic in which intersubjectivity is opened to participants in these transactional situations and in which they transcend the limits of individual ability and perception. At the opposite pole, these are conflictual situations of micro-agressions and the operation of power as force and influence rather than merely formal status or entitlement. While transactions reveal the struggle to accomplish social exchanges and interaction, they dramatize both the imposition of power and the attempts to tactically neutralize social and economic advantage or to share in its benefit through affiliation with the more powerful. Nonetheless, it is less clear how inequality is addressed for issues of justice are subsumed under the transactional focus on process. What of, for example, Machiavellian social transactions, for The Prince could be read as a work advocating for transactions where official negotiations are not possible? Indeed, “negotiation becomes difficult when there isn’t a minimum of common rationality between the partners. Transaction can take over and develop a process of mutual understanding. This results in a confidence in exchanges, which will gradually allow the negotiation to become possible.” (p.41). Social transaction attends to the shift into and out of conflict and social combat – not trendy but sorely needed in the context of the current unmooring of 20th century formations of power under the sway of Western modernity.

Remy argues that democracy supposes conflict. Whomever says “compromise” implicitly references conflict. Conflicts are resolved. This bipolar approach is characteristic of this approach. Rather than cases of rupture or overt conflict, social transaction thus considers the compromise and complicity of those who adjust, attempt to fit in, accommodate to the Other as a way of collectively elaborating a community modus vivendi which is a collective benefit considered valuable even if it is not tailored directly to any one actor. Social transaction is a kind of opposite to rational choice theory and utilitarian notions of individual maximization of benefit. Where social transaction is thus useful is a consideration of the tendency to stability or to change (development) of a society.

Trust that one’s compromises will be reciprocated is an area that beckons further investigation.

Remy’s approach has its roots in conflict. Remy recognizes social transaction in the exchanges of modern urban life. He came to my attention as one of the rare social scientists to be involved in the 1970s design of a new university-town, Louvain-la-Neuve, which resulted from the division of Leuven University and Université Catholique de Louvan, refecting splits between Flemish and Francophones in Belgium. Today town is also known as the site of the Hergé Museum dedicated to the creator of the Tin Tin comics. Remy’s urban sociological expertise is strongly shaped by this attempt to design the city starting from a clean slate and using the social transaction approach as an interdisciplinary tool for influencing the architectural team. I had the opportunity to interview Jean Remy and will post a link to that interview separately. The French-language Catholic university’s decision to build and move to an entirely new town reflected planning models for the creation of satellite New Towns with a masterplan by Victor Gruen (a US-based architect who had designed the first suburban shopping mall). A linear form along a pedestrian spine and human-scaled squares is served by a rail-line and sub-surface station which supports a diverse but relatively high income residential community as well as the university itself. This success has continued in the 2000s with a private shopping mall, commercial street and the museum. However, the city is one of highly uniform facades and medium density architecture. In addition, the move represents a retreat from social transaction required in a bilingual setting such as the city of Brussels. It is not possible to attribute the new town’s success and livability simply to Remy. However, Remy’s transactional approach allows one to see the ways in which such urban projects become livable.