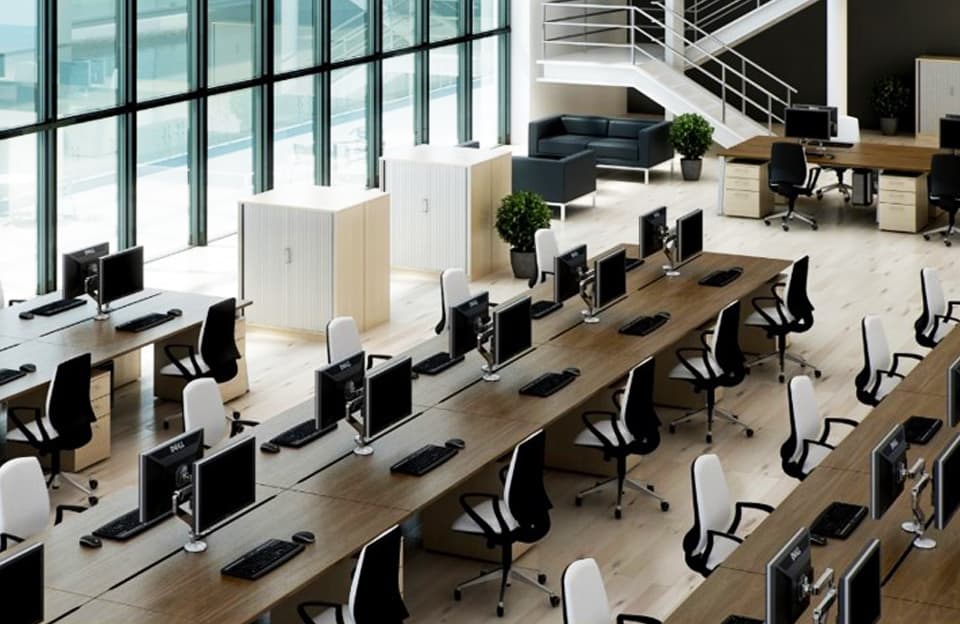 In late June, Sidewalk Labs closed and laid off most of its workers. This ended the Alphabet subsidiary’s development of a large parcel of Toronto waterfront which was to be a mixed use neighbourhood of the future, featuring extensive digital infrastructure and experimental interactive amenities which would be activated and accessed based on mobile phones. It was to be a platform for 5G services. The ubiquitous tracking this necessitated and the way it was to be built-in to the urban environment cased widespread outcry. However, the impact of CoVid-19 resulted in the emptying out of urban downtowns and commercial districts made the entire future of project doubtful.

CoVid-19 raised doubts and concerns centred on the future of the high-rise office tower, artificially ventilated interior spaces such as shopping malls, schools and commercial buildings, and interaction in workspaces, restaurants and retail spaces in general. For example, through the 2000s, office space planners were compelled to allow less and less square footage per employee leading to a shift to smaller office cubicles, and away from individual workspaces to shared tables in more open environments. This environment, modelled on historical libraries work tables, also allowed a more flexible organization of ‘hot desking’ for employees who might work from multiple offices and from home depending on need and the project. This was an impossibly contagious environment in the situation of CoVid-19 and these office spaces proved to be non-resilient. Employees were sent home to work via Skype and shared computing platforms, many for the 8 month remainder of 2020 and even beyond. Some companies such as Shopify announced that their workers would henceforth work from home permanently. Other companies eventually reintroduced work from their offices but for many fewer employees; many companies found themselves with leased on unused commercial space.

CoVid-19 is understood to spread as an aerosol, floating in the air, rather than via droplets, such as the relatively short range of a sneeze. Artificial office spaces are minimally ventilated to maximize heating and cooling savings. This has been approached by sealing windows and reducing the number of air changes per hour in the building so that fresh air does not have to heated and cooled. However, the accepted rates of air exchange for commercial and retail spaces and far below those for more critical environments where indoor pollutants or toxins would need to be exhausted.

Vertical office towers add the challenge of moving many occupants at the beginning, middle and end of each workday on relatively few elevators. The reduction of numbers of people permitted on board an elevator led to long delays in their use. Perceptions of the elevator as a contagious, toxic environment led most ‘at-risk’ people to avoid them. Before CoVid-19, in multi-storey retail facilities elevators were popular and necessary for mothers with strollers or shoppers in wheelchairs – for whom such retail buildings were friendly, accessible environments, especially anywhere climates are extreme – with CoVid-19, shoppers reliant on elevators were observed to be avoiding these retail environments.

Lineups for elevators compound the problem of riding with others in close quarters. Queues raise the general issue of public spaces of commercial buildings and workspaces. Companies housed in large complexes are vulnerable to landlords decisions to close buildings or restrict access for public-health reasons. Further, clusters of infection in another part of the building, or another firm in the building, may lead to reputational damage for other tenants as well as the facility as a whole. The situation becomes potentially more complex in multi-use buildings which may combine low risk with high-risk occupants or businesses by hosting very different uses in relatively close proximity. Space and Culture has published a special issue ‘6 feet apart’ on this topic.

Although societies with high vaccination rates have attempted to return to normal socioeconomic life, environments that offer an advantage against the remaining risk of contracting CoVid-19 have a role to play.

-Experimenting with elevator operations to reduce numbers of people on an elevator could extend ‘social distancing’ to vertical transportation. Certain elevators could serve specific sets of floors (Industry and landlord program).

-Shifting to 4 floor, low rise commercial construction and exploring partially below grade lower floors in the manner of school buildings of the early twentieth century could avoid the bottlenecks of the elevator (architects experiment and developer practice)

-Creating mixed use neighbourhoods and larger scale areas of cities opens the possibility of living and working relatively nearby, reducing traffic and transportation needs as well as reducing crowding in single-use zoned commercial and work areas.

-Community public spaces such as parks and playgrounds ensure people working from home do not suffer social isolation can combat the paranoia created in social media channels. This is important for social and political health of societies.

Read Question 1 Here: The Urban Question 2020 is a Spatial Question 1: Location, Scale, Presence and the Containment and Spatialisation of Domestic