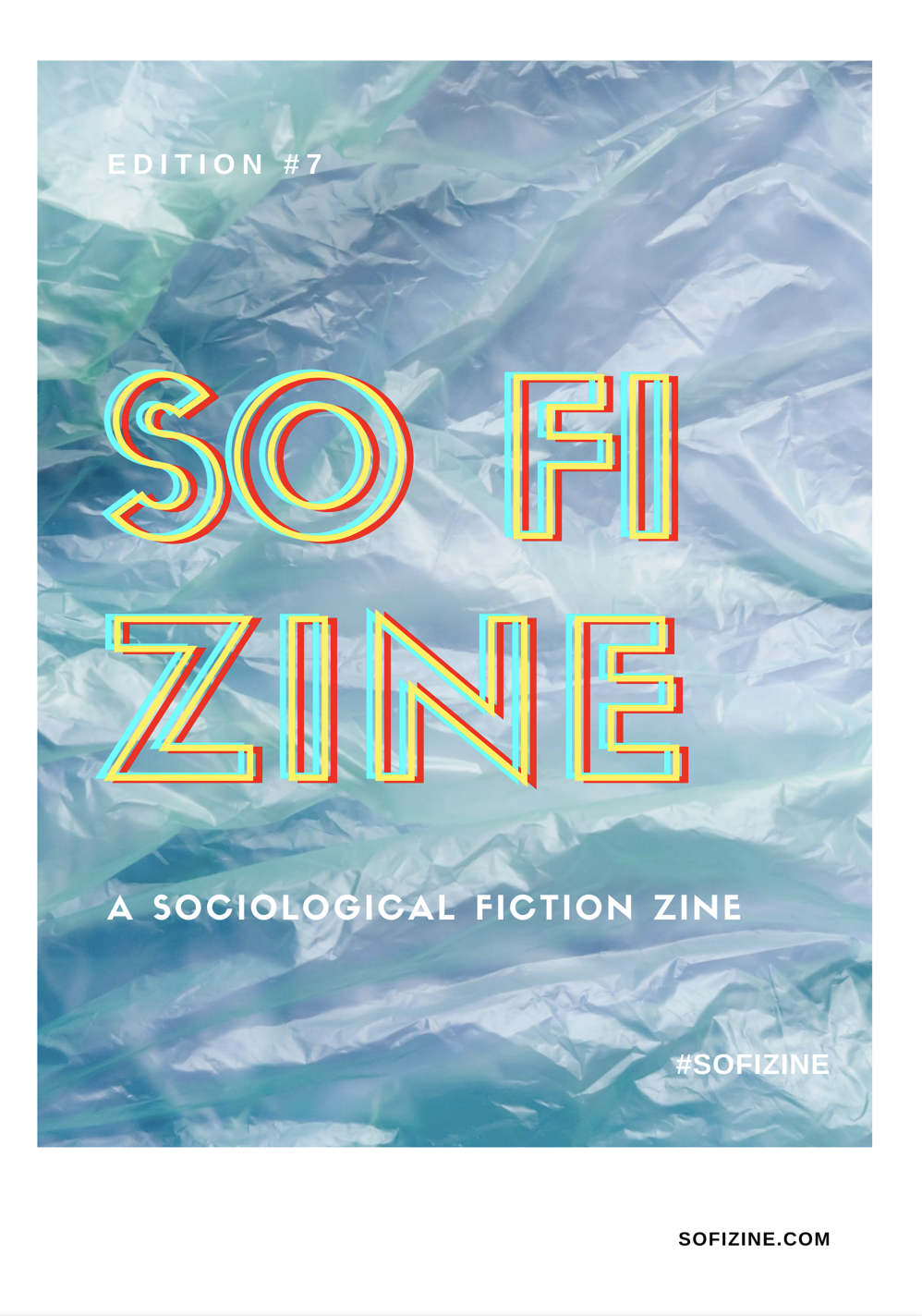 The latest issue of So Fi Zine has launched in both online and pdf booklet format!

So Fi Zine 7 features work on the virtual and material. Ash Watson comments “There is a dance between the tangible and intangible we must imagine and make sense of vis à vis power and resistance.” The issue includes Erin Ratelle on the topological imagination of media such as Strava, Nicholas Hardy on eddies as a topology of counterpower, Malcolm Stielow on craft and materiality, Rob Shields on Angels, Ghosts and Zombies as pop cultural figures of virtuality.

Key to So fi Zine is the layout art which challenges the digital format with the traditions of individual skill and craft work. This is redolent of the CoVid-19 situation which has moved academic production back to an intellectual cottage industry, from university offices to

“my couch in my small apartment in Sydney, in the room I’ve worked in for the past five months, where I have watched the news…and conducted my research hoping the shitty internet doesn’t give up.”

So Fi Zine reminds us of that creative thought is always a a craft. Texts, concepts, float on prehensions, a sensorium of indeterminate uncertainties. Ash Watson layout genius demonstrates that stitches are easily dropped, each time is different, often we are carried off by thought and we hope for creative accident. The zine format includes blackout art that hijacks the format of horoscopes to create speculative maxims from the Virtual and Material Culture course syllabus. The brilliance consists in extracting directives that are both liberating and forcefully directing out of a disciplinary text, to wit:

“Memory… is… essential for… reconciliation…”

The blacked out, redacted text is rendered as if absent yet still a black maw on which the aphoristic fragments float, also virtual, “as if” maxims.

As the Introduction notes,

“The articles cover flows and the dynamic motions of affective and realtaional lines. They illustrate the alterity of forces and their materiality in the vortext of the eddy, in the digital dimentions of the maps made by a fitness app, or in the coil of a safety pin…

Our work demonstrates examples of creative gestures and thought experiments that elaborate an emergent meshwork of countermodels….”