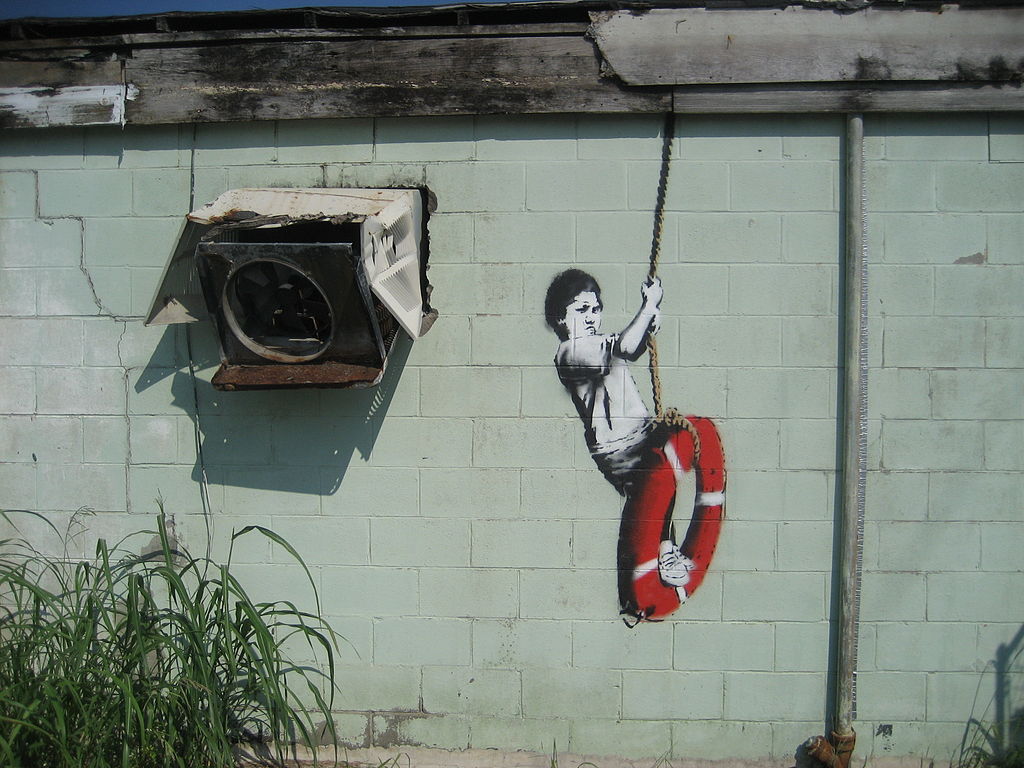 While the book offers a well-synthesized review of the various scholarly theses on graffiti and street art as well as an insightful history of its photography, not to mention the inclusion of the author’s own colour photographs, there lacks a critical engagement with street art and graffiti as creative practices embedded within social spaces. This shortcoming casts doubts over the scope of the significance of the impact of Instagram’s cultural role that the book attempts to defend, which is all the more problematic insofar as the book’s main premise hinges on its manner of apprehending graffiti and street art. The reader will note that MacDowall relies entirely on the major players in the “street art world”, such as Banksy and Swoon (unsurprisingly, as established celebrities have the most connected Instagram accounts). One is thus hardpressed to see the use of Instagram as anything but a publicity platform for digital objects of cultural propaganda, under which graffiti and street art appear confined to the institutional cadre that is Instagram and to its practices of cultural policing. This, in turn, exacerbates an already wide gap between common people and the exercise of creative practices, which seems incongruous, seeing as graffiti and street art staunchly exist outside of institutional confines (exceptions made for their use in gentrification processes), allowing for the unsanctioned exercise of creative practices. Nothing is said about the creative practice of street art and graffiti as forms of outside art practised by unidentified humans within the realm of everyday life, nor about their ability to break our conditioned manners of living within urban spaces. And yet, it is within this realm that art finds most significance, as in the words of Dubuffet, art must not be announced; it must emerge where it is not expected, by surprise. Instead, one encounters a representation of graffiti and street art as graphic designs inscribed within a commercial practice meant to appear on media forms, meaning that walls stand as extensions of screens, themselves coextensive to the digital space of Instagram. The book presents a carefully detailed abundance of information, yet does not delve into a cogent analysis of its claim regarding the Instagram era, perhaps mistakenly taken to be self-evident.

In concluding the book, the author alludes to the curious occurrence of the appearance of a ghost image within the Instagram notifications related to his data gathering operation, a single painting site in Melbourne dubbed ‘the Boneyard’. The image was of a young man in a white singlet, defiantly facing the surveillance camera which the author employed to gather data on the uses of a series of walls at this location. When the author attempted to access the image of the ghost, posted to an Instagram account, both the image and notification disappeared, leaving a blank screen. This incident seems to have an allegorical quality: perhaps the most significant components of graffiti and street art, just as with the misuse of digital platforms (whether through the use of absurd hashtags, or through hacking), can not be captured by the lens of the surveillance camera nor by Instagram, hashtag or no hashtag, maintaining their fleeting quality from organized spaces, despite spreading in their activities, like paint stains, across these surfaces. Perhaps, the joke is on us, as the image of the ghost suggests, for what is exposed – the prized images of a cast of super star artists – is in reality a denatured representation of a heterogeneous creative practice which belongs to no one and anyone, done any way and anywhere, hence the body of the young man, exposed in a gesture which at once rejects exhibition and conceals the myriad of scribbles that may originate from his hand, and the subtle shifts that they cause within city spaces, which will not be found in the annals of digital archives.