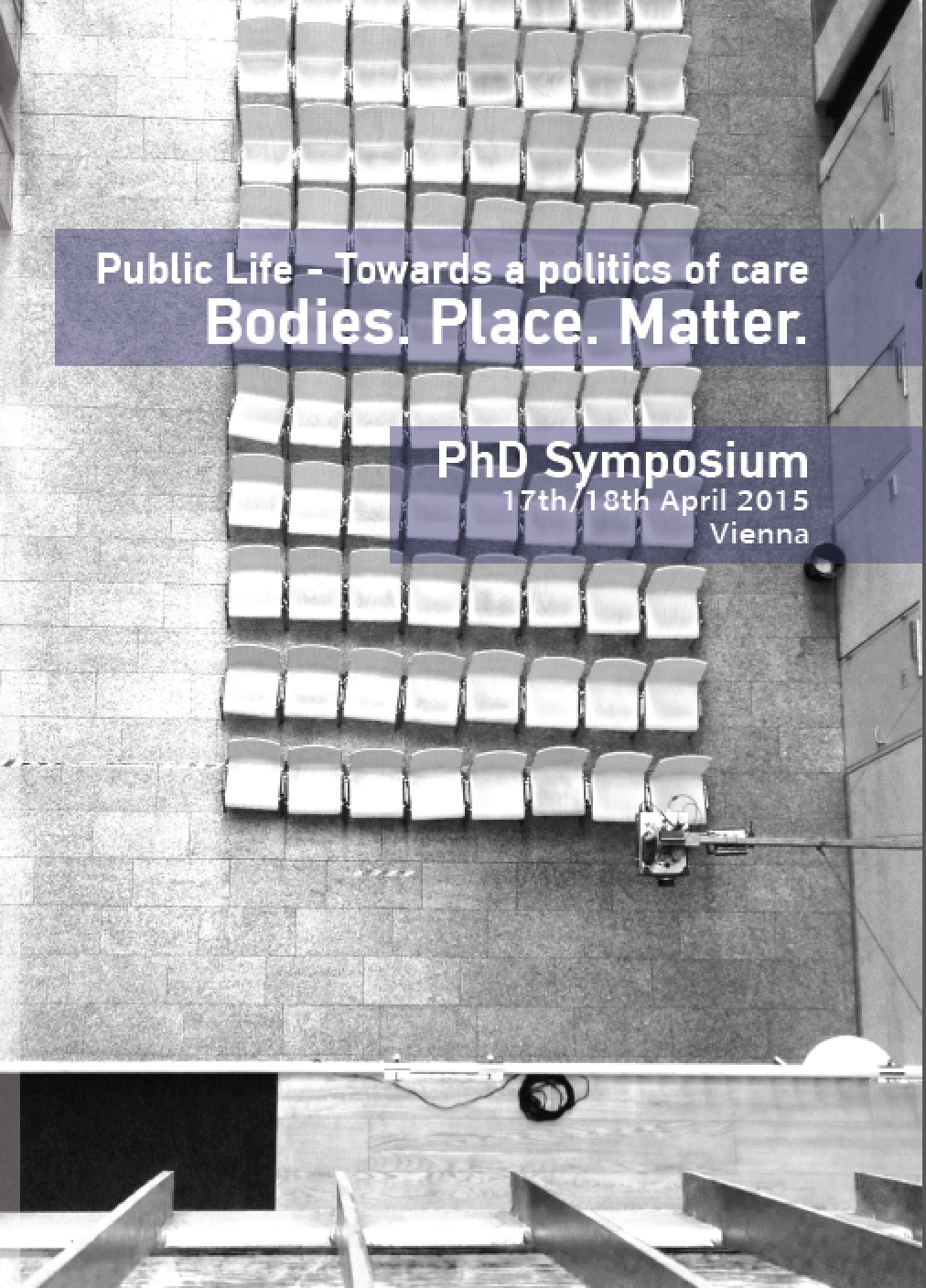 The panel is less about what bodies are, but rather about how bodies act, what bodies can do, what bodies must do. Bodies are subjects. Bodies are subjected. Bodies produce. Bodies reproduce. Bodies depend. Bodies resist. Bodies are vulnerable. Bodies put themselves on the line. Bodies matter. Bodies support. Bodies care. The panel seeks to examine the implications and reverberations of austerity, globalization, rapid transformations, economic downturn, precarity, in/difference, in/justice, re/production, and re/distribution with regards to the spatialised implications of bodies co-producing public life and bodies co-dependent in a politics of care. The panel is dedicated to seeking new alignments, critical links, and productive transgressions between emergent practices, theories, and histories addressing bodies in public life and a politics of care. The panel welco mes contributions questioning, unpacking, and critiquing these complexities with a particular focus on feminist spatial agency in contemporary art, curating, urban research, and urban design, as well as the history and theory linking and trans gressing these fields.

The debate around abstract spaces of capitalism and how they been mediated through planning and design professions has been taken up again critically, both from relational perspectives on public space and from anthropological approaches to embodied spaces. This session is dedicated to unraveling new urban planning, design and urban studies approaches addressing relational geographies and politics of care in these fields. Potential contributions to this panel might address issues of bodily experience and action, as well as relational pedagogies or curricular innovations bearing capacity to enhance education and reorganize elites through critical practice, action and reflection in and on public space. It welcomes contributions that seek to differentiate and qualify contemporary debates on the (re)emergence of collective interests, urban cultures and public claims, and strengthens a reading of forms of embodied resistance and protest as intervention and alteration in current modes of production of space and place.

Paradoxically, in a more globalized world where communication technologies have made interaction less dependent on bodies in a shared location, where the ‘spaces of concern‘ lie either at planetary scales too large to grasp or nanotechnologies dissolve our faith in the solidity of matter, the materiality of bodies, trees and animals is still prominent. Concrete materiality anchors media and political concerns as the infrastructure of care and concern. Political force appears dependent on bodies occupying public places. Yet ‚what matters‘ is only recognized within a context or ‚space of concern‘ in which it takes on meaning. How are the empirical elements of cities, the bricks of public spaces and the flesh of bodies taken up through practices to become the pivots of ethical and political spatialisations of care and concern?