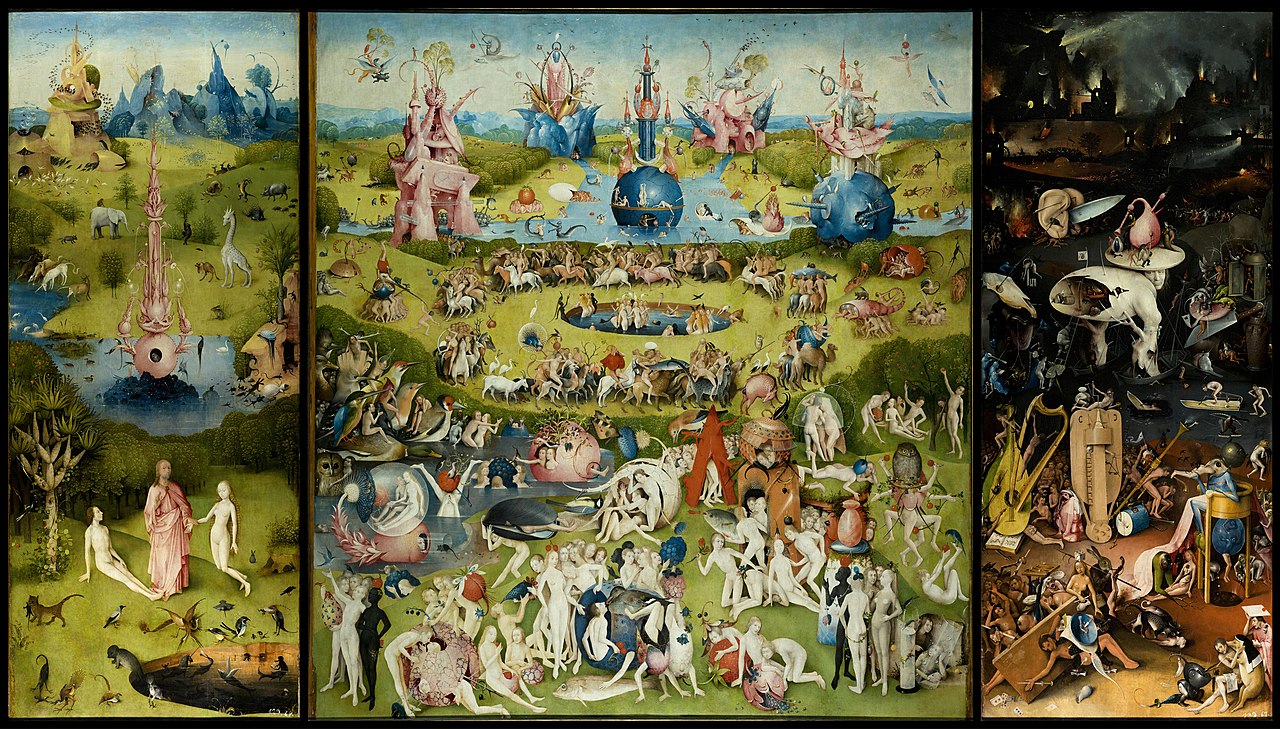 Pandemonium is a short text that extends Angela Mitropoulos approach developed in her book Contract and Contagion to the CoVid-19 pandemic. This is a brief précis and guide. Written in the first months of the lockdown, it thus has a perspective limited by its timing and needs to be read in this light.  It is a document of the impending elaboration of the pandemic just as it was becoming truly global.  The chapters present different facets and approaches to making sense of the sociopolitical and economic impacts of the pandemic. We are reminded that the word Pandemonium is used in Milton’s Paradise Lost as the name of a city of demons who gather to dream of a new world order. Pandemonium is thus a mode of organization, an operation of imagination and planning that founds itself against the current order. Mitropoulos points to a “clinamen”, swerve or disturbance of cascading effects that is poised to resolve itself into new political responses collectively. However, she does not develop the clinamen in any detail.  One reviewer commented that Mitropoulos is pointing out that the pandemic has made old excuses for austerity untenable, while migrant labourers have become “key workers” rather than wage-depressing competition.  This makes a swerve more likely, one in which the existing practices of austerity are rewritten as elements of an ongoing national sacrifice — one that also includes the acceptance of a daily death toll.

“The state and capital are not scared of pandemonium in the modern sense of the word. They know that isolated outbreaks of disorder can be contained, controlled, and crushed, that small fires are easy to put out. What terrifies the current order is pandemonium in its first, Miltonian meaning. What they fear above all else is a gathering of demons, a contagious assembly of debt and care, that crowds together, amid the chaos, to found a new world.” (A. Benham The Contagious Assembly in The New Inquiry 2020)

Pan across, on, Demos the people.  I am struck by this as a statement of a new human condition globally: “pandemos”.  This humanizes spatial notions such as globalization and even potentially extends beyond one species. The book is outlined by chapter:

Origin of the Species

Mitropoulous considers Enlightenment projects of classification and their relation to organization and control. She outlines the initial discovery and down-playing of the virus in Wuhan, China through the genome sequencing and builds from this case study.  We wondered, did the Chinese scientists who so quickly sequenced the genome anticipate that the code would be quarantined and thus released it globally, making the entire global effort to find a vaccine possible?

The origins of Quarantine are in practices of division, classification and border-making, that is, the Cordon Sanitaire or patrolled line. This includes the racialization of the infected as, for example, migrant workers who are seen as racially distinct from established insider citizens. She extends this discussion to colonialism which imposes quarantine on the colonized under the banner of social welfare.  What quarantines do offer, however, is a sense of national and racial security, premised on the exclusion of racialized, contagious others.  This sense of security, burnished by frequent use in the colonies, explains the continued allure of this defunct measure.

This chapter considers the history of population theory. These include sociological and political origins of social concepts that are central to discussions of contagion, including migration. Notions of herd immunity are presented as a popular distortion of epidemiological statistics and reasoning from Hobbes and Malthus.

Mitropoulos highlights both Boris Johnson’s pursuit of “herd immunity” in Britain and the striking words of Kevin Hassett, the White House adviser who declared that “our human capital stock is ready to go back to work.”  The population stock becomes stronger and the economy continues to function as before.

Herd immunity policies naturalize the devastation of the pandemic and substitute a focus on deliberate action for a naturalized logic in which the pandemic is understood as a natural disaster rather than a disastrous human response.

One critical caveat to add, is that we know little of the way in which CoVid-19 is actually detected and individuals come to be known as “CoVid-positive”, namely, the PCR test (see P. Rabinow Making PCR. Univ. of Chicago Press, 1997). Mitropoulos doesn’t ask questions of technology and science, such as our fetishization of technical tests or the glorification of STEM (science-technology-engineering-medicine) or the way that science is provisional rather than stable “objective” knowledge – early in the pandemic, journals sought as much provisional research as possible to be later corrected or retracted.  One swerve of the pandemic was to reorganize our relation with science as not an finalized set of laws.  We need to bring additional elements to the analysis.

President Trump’s discourses on patriarchy and popular pseudo-remedies such as Hydroxychloroquine are assessed in terms of shifting risk. She critiques Plato’s rigid vision of the republic and critiques Derrida psychologization of the link between politics to the pharmakon, who, I would add, were exiled, symbolically sacrificial, youth, pharmakoi. She hints that this is a problem of both the polis and the oikos, the patriarchal household.  Mitropoulos questions the politics of lab trials and asks about the enhancement of the position of the pharmacological industry and potential use of populations as experimental subjects. The pandemic has exacerbated a shift from rational government to charismatic patriarchal authority.

This chapter considers the economics of risk and the impact of the pandemic on finance and insurance. She uses personal protective equipment (PPE) and clothing as a case study of shortages and anxieties in relation to the logistics and mobilities of the pandemic. Contracts attempt to specify a relation between utility and value but this is fragile.

In previous work, for example, Mitropoulos argues that in its attempts to create definite consequences for indefinite events, capital is reliant on the form of the contract, brilliantly described as the “projective geometry of obligation.” Contracts are a means of organizing uncertainty, a mechanism for defining who gains and who loses when a particular event occurs.

What is the impact of the pandemic on contracts, which are forms or soft infrastructure that attempt to specify the distribution of risk in terms of costs and benefits that will accrue in a situation in the near future when the contract is completed. This is a critique of Karl Polanyi’s economics which was based on householding. The ability to print the money in which their debts are issued allows the most powerful nation states such as the US and UK to obscure relations of exploitation. This is because the economy is understood as obligations between property-holders rather than an unequal relations of the extraction of surplus value. Those who hold wealth in the form of assets (property) are empowered over those who hold wealth in the form of skills (labour, labour time) (113-4). She notes that inflation has been lowered through suppressing wage increases and reducing expenditure on social services. This also includes the extension of precarious wage contracts in mainstream employment rather than as a marginal phenomenon limited to the most powerless outsiders of a society such as migrants (See A. Mitropoulos. Precari-us? Mute: Culture and Politics After the Net, 1(29), 2005. pp.88-96.).