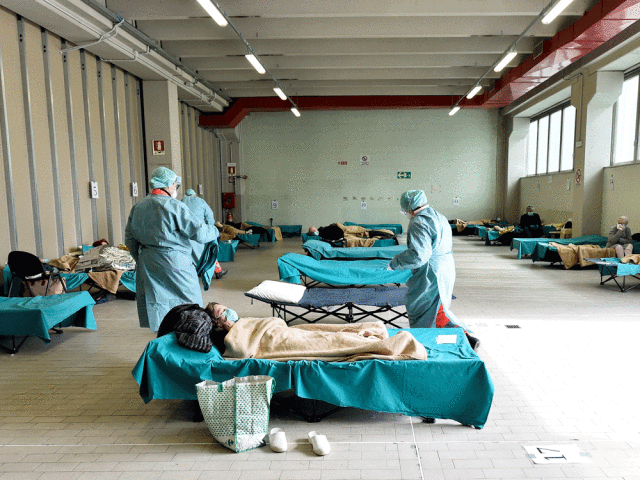 Any work of critical theory that begins with a discussion of Milton’s Paradise Lost – the source for the book’s title – is worthy of consideration. But Angela Mitropolous’ analysis of the “pandemic swerve” has the effect of a tract more than anything else, falling short for its lack of nuance and problems in detail and interpretation. In its brevity and quick commentary on current events as world-historic crises, the truncated text resembles in form – and perhaps with intention – Marx in The Communist Manifesto or better yet, his Civil War in France. Mitropolous’ intellect reaches far, delving into Darwin, Nietzsche, Hobbes, Malthus, Plato, Adam Smith and even a demagogue’s demographer (otherwise known as Corrado Gini) as well as a number of other areas of interest. In many ways she is illuminating and informative, but does she get it right?

Nietzsche’s notion of the “herd” is key to her analysis. Throughout, however, he is attacked as a “dirtbag philosopher” (32), as “playing the misunderstood genius” (72) and, in an ahistoric fashion, as concerned with “white decline” (70). His well-known concept of the Übermensch, commonly translated as ‘over-man’ (better rendered as the non-gendered: ‘superhuman’) is tied to the National Socialists. Mitropolous is in error here and and seems unaware of the damage done by Nietzsche’s sister to his posthumous legacy.

In making her case Mitropoulos marshals the reader through the minefield of “the categorical logic of the quarantine” (35). Given that the quarantine is Medieval in origin, she argues it should be disregarded as a tool, as it acts as an “incubator” (35). Next she dismisses travel bans as intuitive, and then goes on to parrot the WHO which claimed that “closing borders was probably ineffective” (37). Ironically, Mitropolous lives in Australia, which, after one full year of the pandemic, has had less than 1000 deaths precisely because of aggressive border control, made easier because the country is its own continent. She also indicates that there are other options to the quarantine, such as masks, but fails to acknowledge that vast quantities of PPE’s were spirited away by China.

Probably the most interesting chapter is “Bodies in Motion”, where Hobbes is summed up quite deftly. From Hobbes we skip to Malthus, then to Boris Johnson’s 2007 writings in the Telegraph claiming “global over-population” (62) which, she alleges, explains the British prime minister’s supposedly Nietzschean thoughts on “herd immunity” as well as the problem of the disproportionate number of either Black or Brown dead healthcare workers (110). Mitropolous also offers disturbing statistics for the USA, where Blacks and Latino’s suffer unequally compared to Whites. Her explanation for this phenomenon, she concludes, is wrapped up in a sweeping theory of “the endogenous [my emphasis] turning-points between neoliberalism and authoritarian government” (120). The pandemic is one “swerve”, as the title puts it, and the twenty-first century predilection for the so-called charismatic patriarch is inevitably yet another.

Compressing an unfinished pandemic into a 120-page booklet of theory is difficult. Mitropoulos foreshadows her thinking by beginning with Milton, who articulated the case for a regicide, but her approach overreaches upon suggesting that the pandemic’s unequal death tolls represent Smith/Malthus at their worst, or, (as Marx would put it) ‘class war’ by other means. A more skeptical turn of mind, while underlining the tragedy and disparity, would look to unintended consequences.